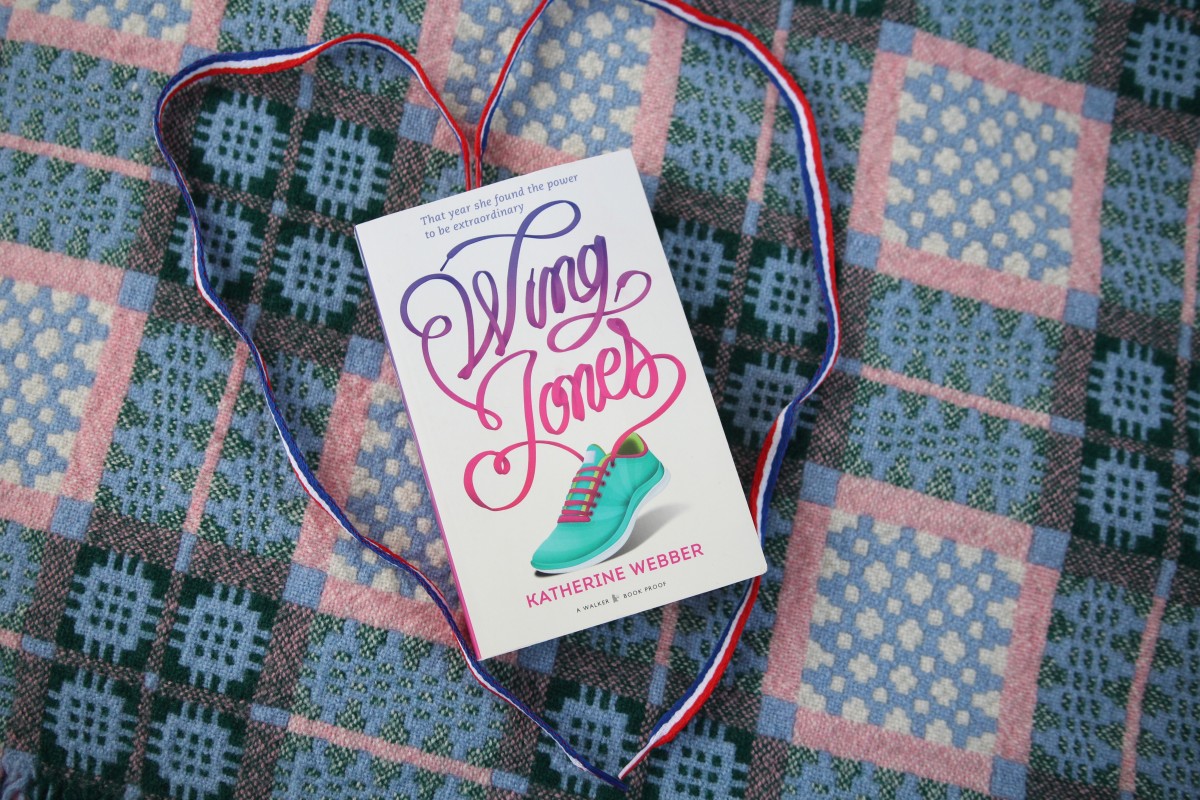 I received this book for free from Walker Books in exchange for an honest review. This does not affect my opinion of the book or the content of my review.

A sweeping story about love and family from an exceptional new voice in YA. With a grandmother from China and another from Ghana, fifteen-year-old Wing Jones is often caught between worlds. But when tragedy strikes, Wing discovers a talent for running she never knew she had. Wing's speed could bring her family everything it needs. It could also stop Wing getting the one thing she wants.

Wing Jones is one of the most beautiful books I’ve read in a long time and I’d love everyone – absolutely everyone – to read it.

Set in Atlanta in the 90’s, it tells the story of fifteen year old Wing who has a grandmother from Ghana and a grandmother from China; she’s caught between two worlds, not quite fitting in like her older brother Marcus seems to do. When tragedy strikes, though, Wing takes up running and she’s not just good at it, she’s amazing. Running is a way for Wing to escape, but it could also turn the life around of her struggling family.

The first thing that struck me as I started reading Wing Jones was just how beautiful Webber’s writing style is. It’s something that I haven’t come across before in YA, something that makes you linger on each sentence so that you can absorb every word. Her use of metaphor, in particular, is so well done. It’s made me even more excited to read Webber’s future novels because I can’t get enough of her writing; I could read anything of hers.

I have to admit: I’m not really a fan of magical realism. The aspects in Wing Jones, though, were perfect. I think it’s converted me! It adds a feeling of hope, of awe, to Webber’s wonderful words, and makes you love the main character, Wing, even more. It didn’t feel forced or unrealistic; it felt as much a part of the book as the setting of Atlanta or the secondary characters.

Speaking of secondary characters, I adored Wing’s grandmothers, Granny Dee and LaoLao. Every scene they were in was a joy to read; they added humour, but the way they cared about Wing was also so special. I love reading inter-generational YA stories, and this one was particularly well-done.

Wing Jones made me realise exactly how important it is for everything that is published to be diverse, for writers to create realistic characters that people can see themselves reflected in. There are going to be so many girls out there who will be inspired by Wing, who will reach for their dreams because she did too. Wing is one of the best YA characters I’ve read in a long time – in fact, all the characters in Wing Jones feel as if they could have actually been walking around when the book was set; and, as Wing was a teenager back in the 90’s, I like to think back every now and again to watch she might be getting up to now.

Wing Jones is, so far, my book of the year and I will not be shutting up about how good it is. There’s no way that it won’t be included in my favourite books of the year list at the end of 2017, and reading it made me so proud to know Katherine, to hold her physical book in my hands.