March in YA | Top Picks 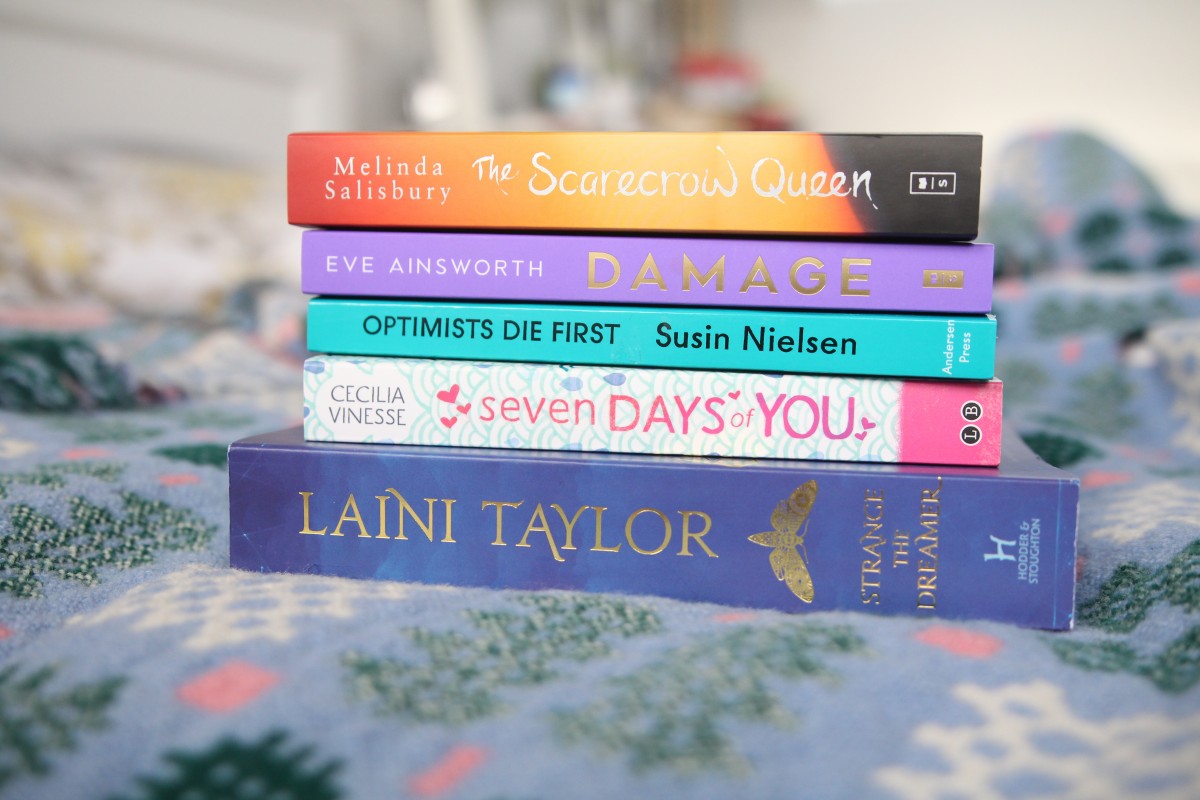 When I first sat down to look over all the March YA releases, I was amazed at all the brilliant books that are being published. The following books are the ones I’m most excited to read – but I could have featured lots more!

The Scarecrow Queen by Melinda Salisbury

I can’t believe that the final book in the Sin Eater’s Daughter trilogy is out this month. It only seems like yesterday that I first met Melinda at a Scholastic blogger event and eagerly got her to sign my copy of The Sin Eater’s Daughter, which I immediately read and fell in love with. Now, The Scarecrow Queen is here and I’m anticipating lots of heartbreak.

Melinda is the queen of UKYA fantasy, with The Sin Eater’s Daughter being the bestselling UKYA debut of 2015. So many people have read and loved this series, myself included, so whilst it will be painful to say goodbye, we’re also in for a treat with Mel’s lyrical writing style and ability to weave a magical, unputdownable tale.

I’ve read both Seven Days and Crush, Eve Ainsworth’s previous titles, and love the way she writes. She’s so honest and puts teenagers inner feelings and emotions at the heart of all of her books.

In Damage, main character Gabi has a secret that she can’t tell anyone – not her family, not her friends. She turns to self-harm and I have no doubt that Eve’s portrayal will be done sensitively and accurately, just as her other books have proved.

When the press release of Optimists Die First came through my door and mentioned “Wuthering Heights with cats” I was sold. As a die-hard Brontë fan, even the smallest mention of Wuthering Heights will probably guarantee that I will love your book. It’s true.

I really enjoyed We Are All Made of Molecules, which is also by Susin Nielsen, and this one sounds like it’s for slightly older readers, so it sounds right up my street! It tells the story of Petula who experiences a family tragedy and so has to go to mandatory art therapy classes. It’s there that she meets Jacob, who inspires her to face her fears, but a hidden secret also threatens to ruin everything.

Seven Days of You by Cecilia Vinesse

I’ve already loved Seven Days of You and I loved every second of it. I started it one evening and stayed up all night to finish it because it was impossible to stop reading; I kept telling myself “only one more page!” but it didn’t work and eventually I’d read the whole book.

Set in Tokyo, it follows Sophia who only has seven days left before she leaves to move back to the United States. She has one week left with her friends, one week to say goodbye to the city she’s fallen in love with. Her departure, however, coincides with the return of an old friend, and his arrival kicks off a chain of events that means that Sophia’s last seven days are unforgettable.

Strange the Dreamer by Laini Taylor

I’m not a huge fantasy fan, but I do love Laini Taylor’s books. I loved the setting and world she created in A Daughter of Smoke and Bone, and I’m looking forward to seeing more of the same in Strange the Dreamer. Excitingly, this is the first book in a duology about the aftermath of a war between gods and men.

I’m trying to keep away from too many details about the plot because I want to go in fresh, but I have complete faith in Laini’s incredible talent for creating beautiful words and worlds. I can’t wait to delve right in!

The Jungle by Pooja Puri

The Jungle is incredibly topical, being set in the Calais Jungle and told from the perspective of Mico who has left his home and his family. When Leila arrives at the camp, she shows Mico that hope and friendship can grow in the most unusual places.

I think The Jungle is going to be an incredibly important novel that everyone will love. Plus, look at the gorgeous cover! How could you resist that?

I’ve recently been very upset at the disappointing levels of historical fiction being published. It’s one of my favourite genres, but it’s becoming increasingly difficult to find any new YA books. That meant that I was very happy to hear about Following Ophelia, written by one of my favourite UKYA authors, Sophia Bennett.

It’s set during the Pre-Raphaelite period and discusses art, betrayal, secrets, and achieving your dreams. I can’t wait!

What are you looking forward to reading in March? Let me know in the comments!

Click the ‘heart’ button at the bottom of this post if you enjoyed it! Show your appreciation!