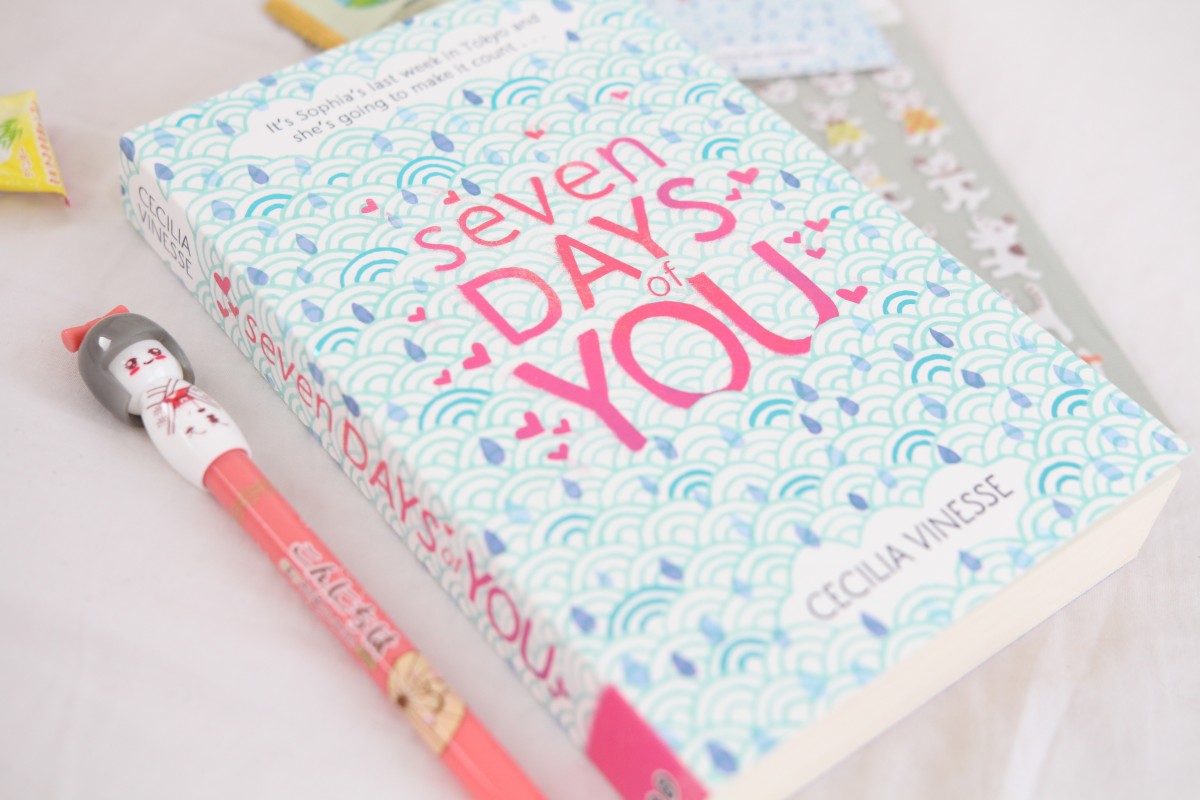 I received this book for free from Hachette Children's Group in exchange for an honest review. This does not affect my opinion of the book or the content of my review.

Sophia has seven days left in Tokyo before she moves back to the States. Seven days to say good-bye to the electric city, her wild best friend, and the boy she’s harbored a semi-secret crush on for years. Seven perfect days…until Jamie Foster-Collins moves back to Japan and ruins everything.

Jamie and Sophia have a history of heartbreak, and the last thing Sophia wants is for him to steal her leaving thunder with his stupid arriving thunder. Yet as the week counts down, the relationships she thought were stable begin to explode around her. And Jamie is the one who helps her pick up the pieces. Sophia is forced to admit she may have misjudged Jamie, but can their seven short days of Tokyo adventures end in anything but good-bye?

As soon as I heard about Seven Days of You, I knew I was going to love it. A contemporary book set in Tokyo over a period of seven days? Yes please!

The book follows Sophia as she enters her last week living in Tokyo before she moves back to the US. She has to say goodbye to her friends and to the city she loves, and she’s counting down the seconds until it all comes to an end. Coinciding with her departure, however, is the arrival of an old friend and with him comes a last week that Sophia will never forget.

My favourite thing about Seven Days of You was getting to explore Tokyo through Sophia’s eyes. Vinesse perfectly creates the setting so that it feels like another character and you become just as familiar with it during the course of the novel as you do with the other characters. As someone who has never been to Tokyo, I was a little nervous just in case I couldn’t understand any references or inside-jokes, but Vinesse set me at ease immediately and invoked the atmosphere and culture beautifully.

The romance was so cute and I loved how it was based on friendship first, romantic feelings second. I think this kind of foundation is really important to see in YA, and made it a lot more believable. It was certainly a challenge building it up over 7 days, but Vinesse tackled it with an ease that carried through to the story – there was just the right amount of backstory, mixed with the same level of fresh content that played out on the pages.

There were also very interesting friendship dynamics explored, which I enjoyed reading about in the frame of Sophia’s impending departure, and family relationships too. Sophia and her sister were great to read and I loved all their reactions – I thought they were so realistic and I liked how they changed throughout the course of the novel.

I read Seven Days of You in a day because it hooked me from the start – it was the perfect escapism. Cecilia Vinesse is an exciting voice added to the YA scene and I wouldn’t hesitate to pick up any of her future books. In fact, I’ll be keeping a beady eye out for any future book news!

For fans of Anna and the French Kiss by Stephanie Perkins