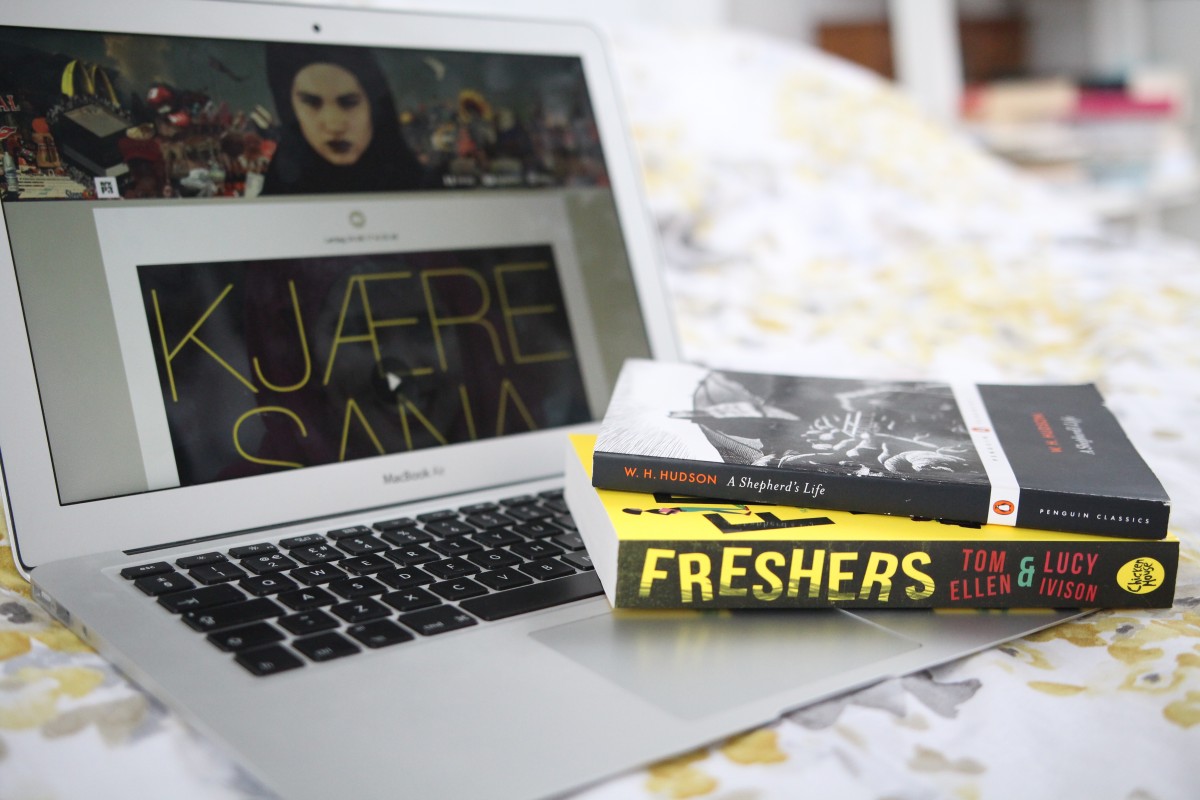 How is it the end of June?! I can’t believe how quickly this year is going! It seems like yesterday was January, and now we’re halfway through and will soon be counting down to the winter.

I thought I would share some of my favourite things from June with you on the blog today, talking about books, TV and music. Enjoy!

My exams finished in June so I’ve luckily been able to catch up on lots of the books I wasn’t able to read because of them. It’s been SUCH a good reading month that it was very hard to choose a favourite — so I’ve chosen two instead.

Freshers is their second YA novel, set in a university and following the lives of Phoebe and Luke as they navigate their first year. It’s just as funny, maybe even funnier, than their debut Lobsters, and I sped through the whole book in a day. It’s honest and authentic, with many serious topics touched on, whilst also being light-hearted and fun. Keep an eye out for my full review later in July!

A Shepherd’s Life by W.H. Hudson

This was first published over 100 years ago and has recently been brought back as part of the Penguin Classics series. I first heard about it through one of my favourite novels of last year, The Shepherd’s Life by James Rebanks, and I thought I’d love it as I’ve really been getting into reading nature writing recently.

It’s set in Wiltshire and recounts the lives of families living around the Salisbury and Wylye Valley area, most notably a shepherd called Isaac Bawcombe. The thing I found particularly notable was Hudson’s predictions on how farming life would be in the future after he’d written the book, which was interesting to compare to how things actually are now, in the post-industrial, technological society we live in. It’s safe to say he couldn’t have imagined somebody like me typing away at a computer about his book! I really enjoyed it and will be seeking out more of his books now, for sure.

This month I’ve religiously been watching season 4 of Skam, my favourite TV show EVER. For those of you who don’t know what Skam is, it’s a Norwegian series set in a high school where every season follows a different main character, and it airs in realtime so if the characters are doing something at 10:21 on a Tuesday morning, the clip will air at that time too. I originally started by watching English translations that fans made on Google Drive, but this series I’ve been able to learn enough Norwegian that I haven’t had to wait for the translations — something I’m very proud of!

Season 4 has followed Sana, a Muslim hijabi and deals with Islamophobia, friendship and friendship problems, social media, and also has the CUTEST romance. I was, however, super upset because season 4 is the last season, so on the night the last episode aired I spent my time re-watching the last scene whilst crying my eyes out. I miss it so much already!

Poldark is finally BACK and is continuing to mess with my heart. The wait between each episode every Sunday is horrible, and I don’t know how I’m managing it, to be honest. I love a good period drama and I think Poldark is one of the best. Series 3 definitely has a different feel to the other two, especially as there are lots of new characters, but I don’t think that’s necessarily a bad thing. I eagerly await seeing what’s going to happen for the rest of the series!

Sigrid is an up-and-coming Norwegian artist who sings in English and I am obsessed with her EP, Don’t Kill My Vibe. I first found out about her from Vicki and have since followed her across all social media and listen to her music non-stop. I recently watched her set at Glastonbury on TV and was amazed at how good she sounds live — just like the recorded version!

Don’t Kill My Vibe is the song I listen to when I need motivation, or I’ll listen to the acoustic version if I’m looking for something a bit more chilled. I also really love Fake Friends, but all of the songs on the EP are equally as good as each other. She’s a real talent to watch!

What have been your favourites in June? Let me know in the comments below!