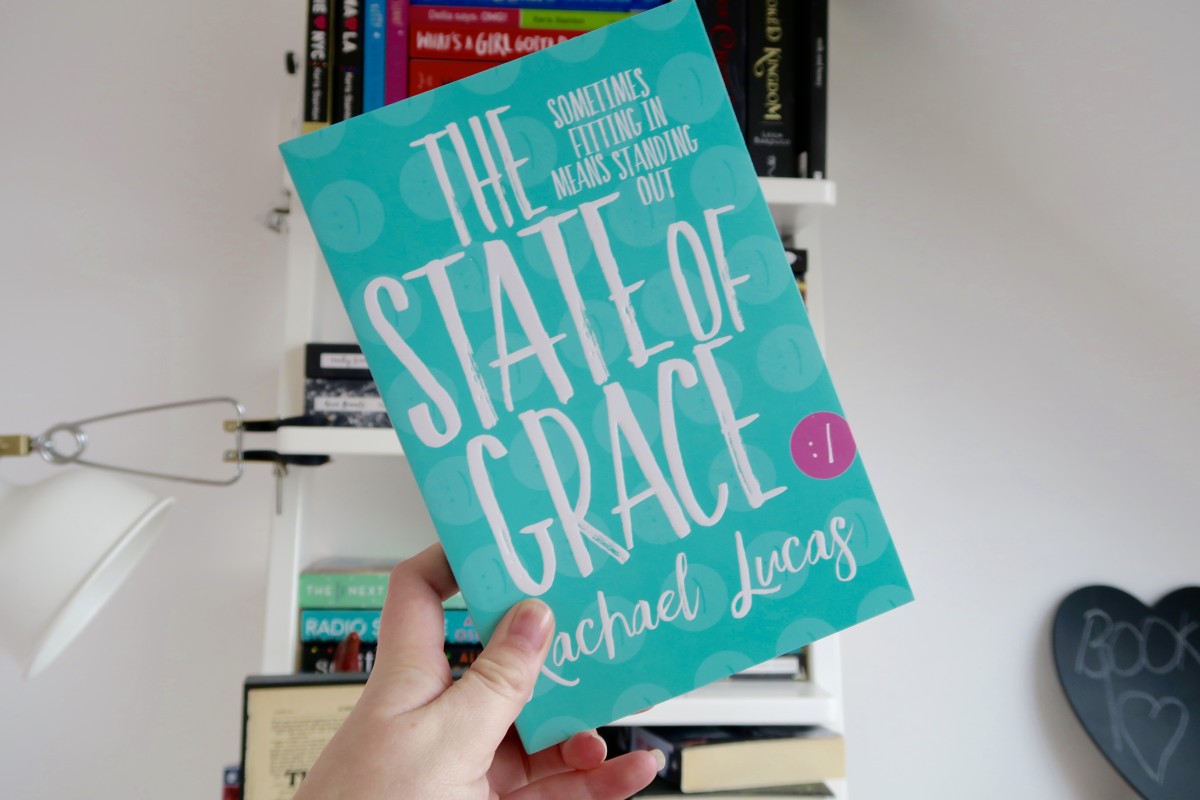 I received this book for free from Netgalley in exchange for an honest review. This does not affect my opinion of the book or the content of my review.

Grace has Asperger's and her own way of looking at the world. She's got a horse and a best friend who understand her, and that's pretty much all she needs. But when Grace kisses Gabe and things start to change at home, the world doesn't make much sense to her any more.

Suddenly everything threatens to fall apart, and it's up to Grace to fix it on her own.

Whip-smart, hilarious and unapologetically honest, The State of Grace by Rachael Lucas is a heart-warming story of one girl trying to work out where she fits in, and whether she even wants to.

I’ve been a very big fan of Rachael Lucas’s books ever since I read Sealed With A Kiss and fell in love with it. That meant I got super excited when I heard that Rachael was working on a YA novel. I was very lucky to get to read an early chapter of The State of Grace back when it didn’t have a book deal, so I’ve waited patiently ever since to read the final thing. I was not disappointed!

It’s hard to describe exactly what The State of Grace is about because it’s one of those books that you really do need to read to discover how good it is. To put it simply, though, it’s told from the perspective of 15 year old Grace who has Asperger’s. The book breaks down what it’s like for a teenager with Asperger’s, dispelling all the stereotypes and assumptions that people have. All the while, Grace has to deal with the confusion of her dad being away for long periods of time, her mum introducing a new friend that Grace doesn’t like, and her sister spiralling out of control.

Sometimes I feel like everyone else was handed a copy of the rules for life and mine got lost.

I felt so close to Grace, who you get to know so well throughout the course of the novel. Having written it in first person, Lucas allows you to nestle in amongst Grace’s brain and see the world through her eyes. For this reason, The State of Grace has achieved an incredible feat – it simultaneously allows girls with Asperger’s to have a voice in YA, and allows those who don’t have Asperger’s to understand what it’s like to see the world as they do.

I’m getting increasingly frustrated with YA romances that adopt the “Hollywood effect” and romanticise teenage relationships to such an extent that they are unrecognisable from the reality of teen relationships. The State of Grace, however, restored my faith in YA romance. Gabe and Grace were awkward and endearing, heartening and uplifting, and Lucas left so much possibility between them, without suggesting a happily ever after. Other YA authors, take note!

It’s not until you read Lucas’s other fiction that you realise how much skill and talent she has. To write books aimed at different age groups is not an easy feat, but Lucas manages to seamlessly build a flawless writing style that reflects who she is writing for. It might seem cliché to say that my breath was taken away by the style of Lucas’s writing, but that’s exactly what happened — her ability to replicate Grace’s voice was stunning and I commend Rachael Lucas for this.

The State of Grace is a book I will be thrusting into the hands of all unsuspecting book lovers at every given opportunity. Please, please read it — it’s one of the best books you could hope to read.

I’d recommend reading Jax’s #ownvoices review of The State of Grace, which is brilliant.

What are your favourite books with realistic romances?

REVIEW: Sealed With a Kiss by Rachael Lucas